How is it already November?

High time I posted a little update about the goings-on around here, don’t you think? Like, the fact that several months ago (*February*cough*cough*) after Neil Gaiman’s latest book came out, I had my first piece published in The Atlantic, called ‘The Politics of Retelling Norse Mythology’? And that Neil Himself not only read my article, but shared it? And that it subsequently got over 6,000 shares within two days on Facebook alone?

Yeah, that was pretty cool. Definitely worth posting about…

And also that, after spending July visiting loads of Viking-related sites and museums in Sweden and Denmark, then hiking around the most beautiful mountains in Norway with Helen and Laura, I headed over to Finland for WorldCon 75 in Helsinki and had a brilliant time? (Feel free to scroll through my Instagram feed to see a whole bunch of fantastic photos from the convention, and Scandinavia, and all the Viking Viking Viking time I spent there!) 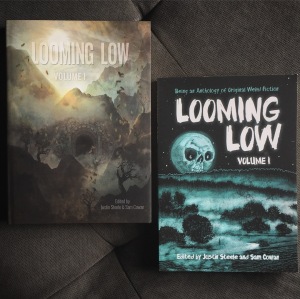 And how about the fact that my story, ‘Surfacing’, which originally appeared in Postscripts 36/37 was reprinted in Paula Guran’s Year’s Best Dark Fantasy and Horror anthology in July? Or that a new story, ‘Outside, A Drifter’, was published in Looming Low — a gorgeous book of weird fiction that came out in two beautiful editions — edited by Justin Steele and Sam Cowan? Or that I wrote the introduction to The Silver Well, a beautiful new collection of short stories written by Kate Forsyth and Kim Wilkins, which is coming out this month, and has already received a starred review from Publishers Weekly? Or that I’ve finished writing The North Way, the first in a two-book series of Viking Age novels, and that I’m a few edits away from sending it into the world? Or that my mean and nasty story, ‘Sugared Heat’, which first appeared in the Second Spectral Book of Horror, edited by the lovely Mark Morris, has just been reprinted in the latest issue of The Dark?

How have I failed to mention any of that?

What about the awesome news that I got promoted to Senior Lecturer at work? Or that I’m co-convening the 22nd Annual Conference of the Australasian Association of Writing Programs (AAWP) here in Adelaide later this month? Or that I held a magnificent masquerade ball for my birthday this year (again, check out my Instagram to goggle at the beauty of it all)? And I started aerialist training once a week — trapeze and silks — and it’s so much fun? 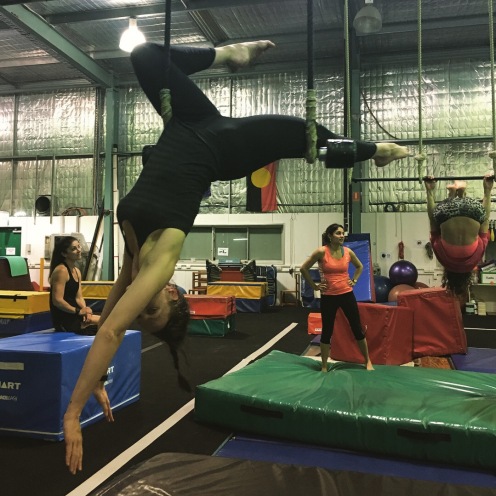 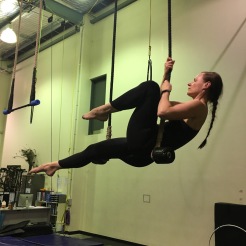