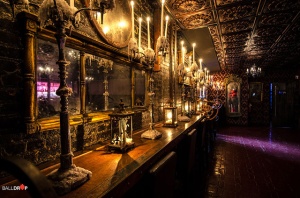 In one last whirlwind trip across the pond for this year, I’m heading off for New York after GenreCon this weekend for World Fantasy 2015! All told, the trip is going to be about 10 days so I won’t get to do much touristing while I’m there — but there will be much writerly and readerly activity happening!

Before the convention begins: Angela and I are slated to do a reading at The Kill Bar in NYC on the evening of November 4th (see pic to the right. Doesn’t it look awesome?!) So, if you’re heading to WFC and want to swing by Times Scare (located in the heart of Times Square; 669 8th Avenue between 42nd and 43rd Street) for a couple of hours the night of the 4th, things will be kicking off at 7pm and ending… later.

The next day, we’ll be hopping the train to Saratoga Springs for the con. The programme has now been finalised, so here’s where you can catch me at WFC:

Friday, November 6th: I’ll be on the ‘But is it historically accurate…?’ panel from 3-4pm in City Centre 2A, along with Jen Gunnels (mod.), Marie Brennan, David Drake, Ellen Klages, and Gene Wolfe: Fantasy authors often borrow from history to create their secondary worlds, but is historical accuracy ever a defense to criticisms of problematic content in Epic Fantasy? The thorny issues of authorial intent, historical context, cultural appropriation and the freedoms of creation often rear their ugly heads. The panel will discuss the various approaches taken to incorporate historical context, cultures and world views into secondary world Fantasy, and the pitfalls that might appear.

And of course the rest of the time I’ll be where the real con is happening, drinking G&Ts at the bar. 🙂