GOSH, this book is pretty.

Murder Ballads is a lithographically printed, limited edition, sewn hardback with colour endpapers (!!!), and if the presentation isn’t enough to entice you into racing over to the Egaeus Press site and pre-ordering it on the spot, then allow me to tantalise you further:

A collection of seventeen dark tales & novellas, in which some of today’s finest weird story writers provide previously unpublished work inspired by traditional murder ballads. The results are sometimes enigmatic, sometimes witty, sometimes desperately grim; just like the songs they often appear to belong outside — either before or after — recorded time, in some malleable epoch of blood-drenched mythology. They channel not only these ballads, but also that certain brand of outmoded publication which once revelled so joyfully in all manner of luridness; publications such as The Newgate Calendar, The Illustrated Police News and of course the Victorian Penny Dreadful. 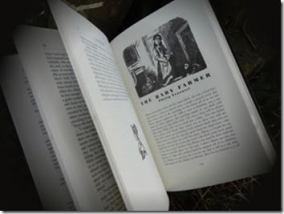 Prelude
Twa Sisters, Ane Swan by Avalon Brantley
The Ballad Box by Alison Littlewood
And Yet Speaketh by Timothy J. Jarvis
Heaven’s Nightblooming Garden by Helen Marshall
The Baby Farmer by Philip Fracassi
The Sweet Princess Prized by Brendan Connell
Black Wedding: A Footnote by Louis Marvick
The Heart is a Mirror for Sinners by Angela Slatter 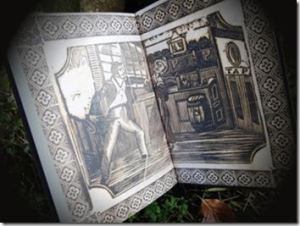 The Vampyre Trap by Reggie Oliver
The Kink of Human Mildness by Rhys Hughes
In Scarlet Town by Rosanne Rabinowitz
“We’ll Never Know” by Daniel Mills
Something Close to Grace by Lisa L. Hannett
Out of Bounds by Stephen J. Clark
Old Maid by Colin Insole
os cithara by Charles Schneider
Through Flame and Fume by Albert Power
It can be pre-ordered here for £35.00, inclusive of postage worldwide.
Ordered copies will be despatched on, or slightly before 20th Feb 2017.