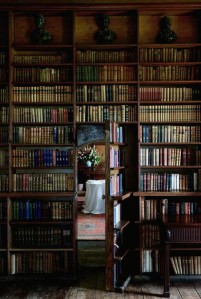 This month has flown by. February is a short little month, but still. Where did all those days go?

Anyhoo, things I’ve learned in the past four weeks:

1) Apparently, there will be one week in which all the writing I do is deletable crap. So, as was the case in January, the first week’s worth of work this month went straight into the recycle bin. I am also learning to be fine with this. (March’s week of non-writing will be spent swanning around Adelaide Writers Week — so, true to form, my “month’s” totals will actually only be three-week totals…)

3) I get much more work done if I avoid the internet — namely, Facebook and Twitter. You may have noticed that my posts are more sporadic this month than they were last, and that’s because I’m doing my best to put words on the page instead of on my status updates…

4) Working on two major projects at once is a blessing and a challenge. Last month, I focused solely on The Familiar, in an attempt to get a good start on the novel before the deadline for Midnight & Moonshine starting creeping up on me. But as of the first week of Feb, Angela and I have been giving a good chunk of our writerly attention to completing this collection — which has been great, in one sense, because when I’ve been stumped on the novel I have another important project to work on, so I can do so without feeling guilty. I procrastinate from one book by working on another book — which is awesome. Shifting mental gears and working on completely different stories in a completely different world has been excellent: I’ve gone back to the novel after a day or two, refreshed and excited about moving forward. Balancing both books at once has also been difficult, though, because I’ve always got the collection’s deadline looming in the back of my mind. So even when I’m progressing on the novel, I have Midnight & Moonshine on the backbrain…

It’s also hard to calculate word-related progress on the collection because I’ve spent days editing and rewriting parts of our stories, which wreaks havoc on the monthly totals. There is new wordage, but it’s not always easy to pinpoint exact word counts…

Even so, I’ll make a stab at this month’s totals.

I also wrote and submitted a new short story, which is being held for further consideration (yay!): 6,750

All told, I’m only about 60 words off last month’s total!

In March, I want to break the 30k barrier… (Of course, I’ve just jinxed myself by saying that, but whatever. I’ll give it a shot!)