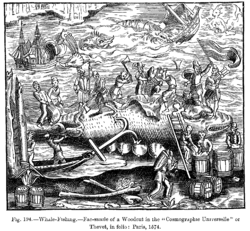 Over at The Word, Alan Baxter tells the tale of joy and woe of having his story flensed by the Evil Drs Brain:

I wrote a short story recently that I was really pleased with. I spent a while going over it, polishing it, getting it just right. I sent it out into the world. And it came back. And again. And again. The rejections stacked up. It’s cool, I’m used to that. Every writer is. We have hides that make rhino skin look like tissue paper and a solid fuck-you-attitude that keeps us working in the face of constant rejection. It’s the only way to work in this game. After all, it’s not necessarily the story – it could be the editor just doesn’t dig that vibe, or the publication ran something a bit similar recently, or the publisher’s cat swallowed a bee and she’s sore at the world and takes it out on a good story. That last one is unlikely, but anything’s possible.

But once something has been bounced a few times in a row, you can start to see the common denominator. It’s the story, schmuck. It ain’t good enough.

So I went to my friends seeking help. In this particular instance I was fortunate enough to get the Evil Drs Brain* on the case. Given that it was a dark and twisted fairy tale vibe, I asked Angela Slatter* to have a look at it for me. She read the story, liked it, but took her flensing knife to it with abandon. I got it back and sobbed quietly for a few minutes, then manned up and listened to her advice. It was good advice. She’d seen flaws I hadn’t, picked up things in the story that needed to work differently. She’d identified character inconsistencies I would never have seen.

The story was greatly improved, but it still needed something; we could both see that now. Angela sent it over to her other brain, Lisa L Hannett*. Lisa added her flensing knife to the mix and my story was further eviscerated, but she saw the things that needed fixing.