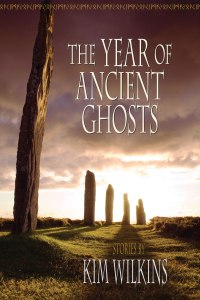 In this month’s column for This Is Horror, I showcase nine of Australia’s best women writers of horror and dark fiction. So much amazing writing happening in Australian speculative fiction, in short stories and longer works alike. I could’ve gone on for ages, but I think the post would’ve buckled under the weight of all those awards…

Anyhoo, here’s a snippet from the beginning of the article:

Last year, the infamous Snowtown bank – in which eight bodies were found decomposing in six plastic barrels – went up for auction. It was affordable, as I recall; on the market for less than $200,000. It came attached to a little, comfortable house. It wasn’t too far a drive from the city of Adelaide. One night, a group of us fantasised about pooling our money and buying the place and using it as a getaway. That’s it, we said. It would make a great writers’ retreat.

Macabre? Maybe a bit. What kind of people would think of such a thing? More to the point, who would be inspired by such a thing? And can you imagine sleeping there? Even if they wouldn’t actually do so, the writers mentioned below could, no doubt, imagine all this and more.

Head on over here to read more about the not-quite top ten, and to suggest who else you think should be included!

2 thoughts on “Australian Women Writers of Outstanding Horror and Dark Fantasy: A Not Quite Top Ten”